In response, the following reports were developed in Power BI: 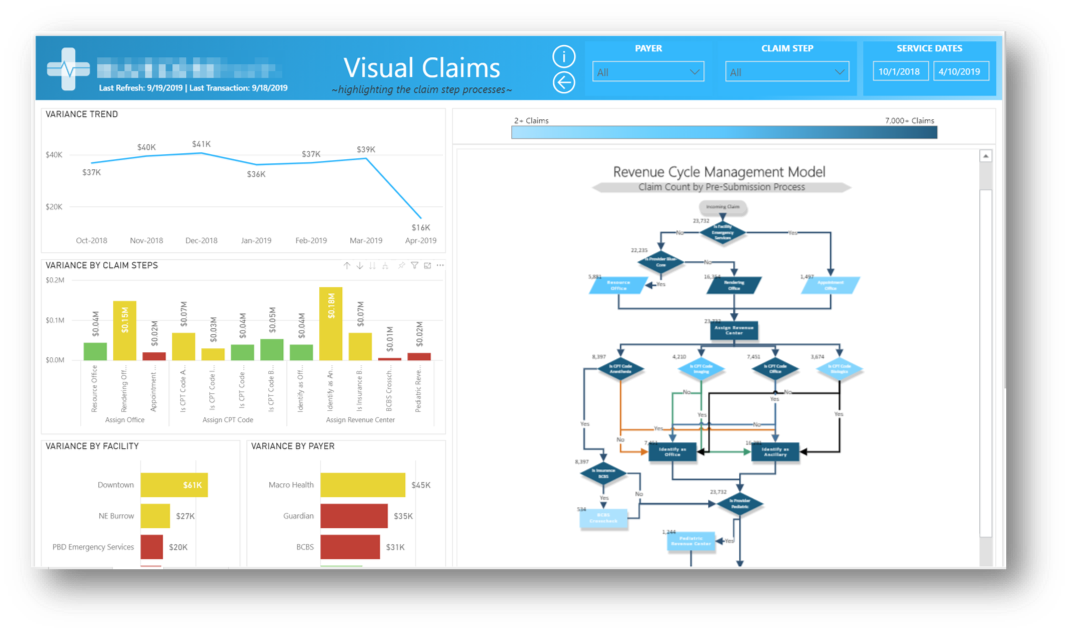 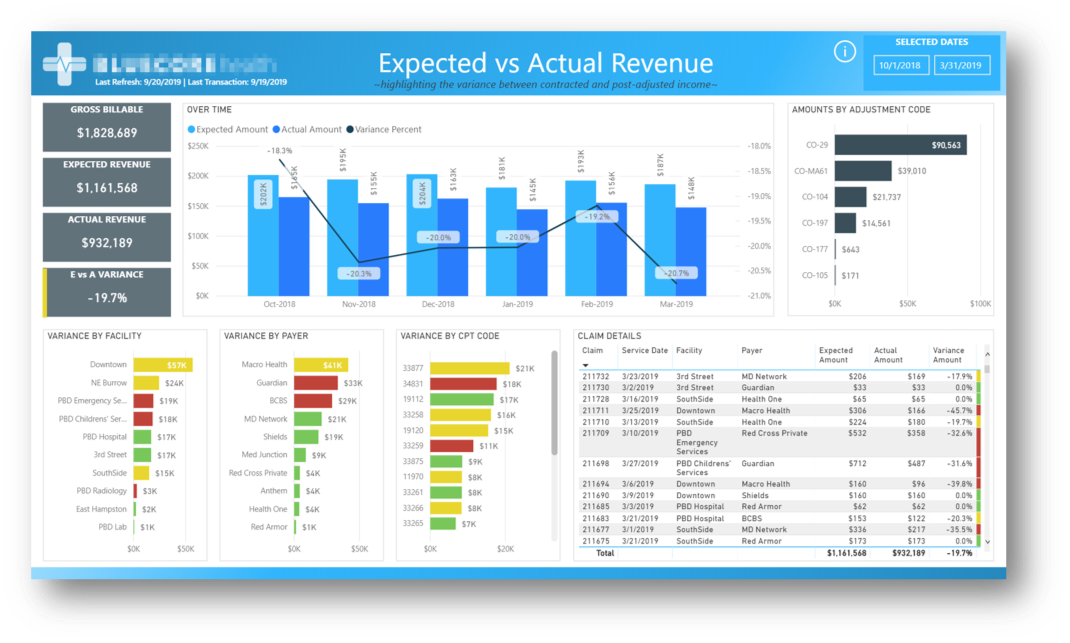 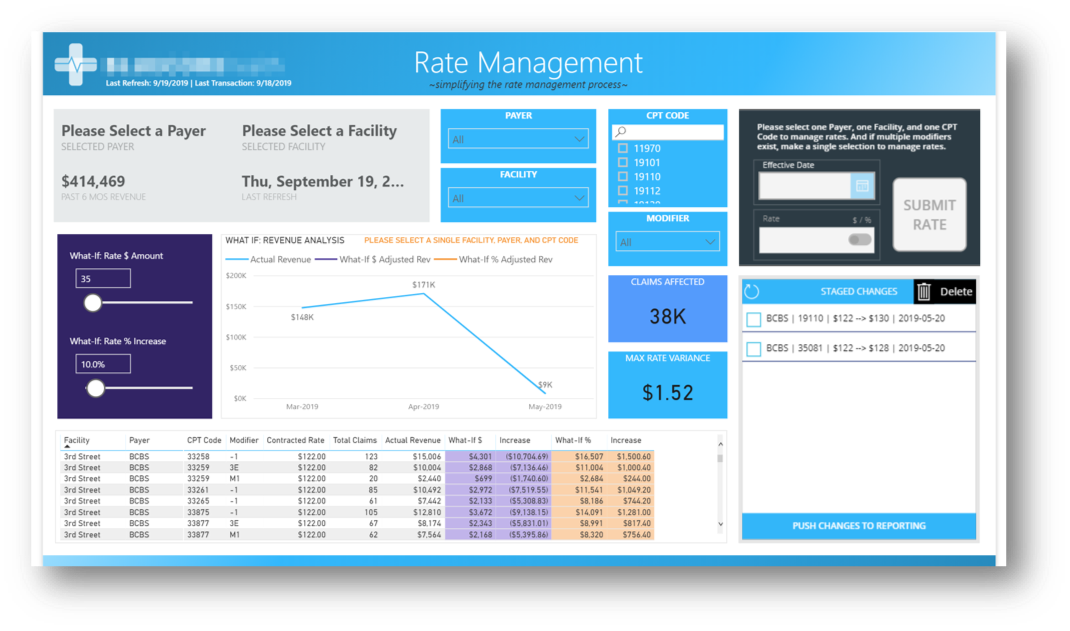 With easy ranking of transactions and clear visual indicators of issues impacting revenue, the company was able to focus their attention on the highest-return efforts and reduce the gap between expected vs. actual: